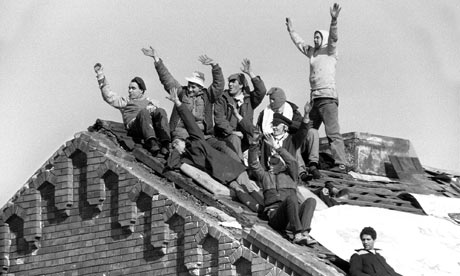 On October 11th at least two handguns were discovered by guards at the St. Clair Max. Prison in Springville, Alabama. St. Clair has been at the center of a major lawsuit and the warden Carter Davenport, a real dyed in wool neo kolonial fascist scumfuck, was arrested and removed from his post after allegations of physical brutality by himself and other high ranking scum pig guards against prisoners at the facility. Since June of this year prisoners at St. Clair have been collectively retaliating against the most brutal pieces of shit scum pig guards by beating the shit and blood out them and stabbing a number of them. St. Clair is now on lock down with the most exceptionally and sadistically brutal riot squad at the facility.