An Interview with Michael Kimble 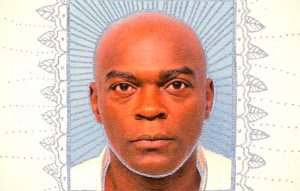 Questions from the Certain Days collective, answered by Michael in November 2021 and January 2022.

1. How many years have you done total, and what institutions have you been housed in?

My name is Michael Kimble and I’m a gay, Black anarchist serving a life sentence for the murder of a white, racist, homophobe. I’ve served 36 years to date and became politicized while in prison, first as a revolutionary nationalist and then I became and embraced anarchy in 1994, and have been on that path ever since.

2. What is a typical daily or weekly routine like for you?

My daily routine changes according to what prison I’m at. But I normally wake up around 3:00 a.m., read a little until breakfast at 4:00 a.m., come back and watch the news program until 8:00 a.m. when yard-time is called. But right now, I’m back at Donaldson and there really is no yard-time. At other prisons I usually walk or run until 10:00 a.m., take a shower and head to lunch around 11:00-11:30 a.m.. After lunch I’m politicing with a few guys. The rest of the day is filled with reading, exercising, watching a little TV, and kicking it with guys. At Holman, most of my time after lunch is spent in the leathershop until 10:00 p.m..

3. When first arriving at prison did you feel mentally prepared? Did you have support at first?

Initially, I did not think I was mentally prepared because I really didn’t know what to expect upon entering prison. I don’t think one can really be prepared for prison. But I did have family, and family support mainly from my mother.

4. Was it hard for you to adapt to prison routine and structure? How about prison “culture”?

It was difficult for me to adapt to prison routine and structure because I’ve been used to doing basically what I wanted to do on the outside. And even though society is structured in a way similar to prison, it’s more direct as far as control is concerned. Even to this day I’ve been unable to adapt to the strict regime and hierarchy of prison. I’ve always been a rebel. I’ve always made it a cardinal rule to fight against adapting to prison culture which is death.

5. Is there an institution or time period you would consider “the best time”? If so, what made it more tolerable?

Around 2014-2019 at Holman was the best time and the resistance that had sprung up there against the forces of control made things more tolerable. And 1994-1998 at Donaldson, the solidarity and camaraderie made things more tolerable. Collective struggle has, in my experience, created relationships of solidarity that last from one prison to the next, and for many years.

6. Have there been periods where you’ve lost hope while inside? How do you manage those times?

I’ve lost hope a few times and I’ve managed that period with the help of other prisoners in struggle against slave society.

7. What have been or were your happiest moments inside?

The above years have been my most happiest moments while I’ve been locked down. Moments of mass struggle and resistance. People are the most beautiful when in struggle.

I haven’t had many visits, but absolutely they are some of my happiest moments, and saddest.

8. Have you been able to learn new skills or hobbies inside (play team sports, have a fitness schedule, etc.)? Does your institution make it possible to engage in these regularly?

In the last 36 years of prison I’ve learned how to do woodwork, hobbycraft, leatherwork, read music, learn Swahili, and jogging. But now there are so many restrictions on hobbycraft and leatherwork that it’s not even worth doing at most prisons. Here at Donaldson there are no outlets for either. At most prisons you must be assigned to a faith-based dorm to participate in hobbycraft.

9. Have you lost friends and family while inside (either outside folks or inside)? How did you cope with that hurt and stress?

I’ve lost all my immediate family while in prison and it’s been hard, but I’ve managed to persevere. I’ve lost some good friends and comrades on the inside. Some recently due to COVID-19. It helps to have friends and to build a new family in the anarchist/anti-authoritarian world.

10. Have you seen the quality of life inside get better or worse?

Worse! Now there are gangs in the prisons in Alabama that have taken over and are running it. Here at Donaldson, gang members escort the warden around the prison as security and will hurt/kill you if you so much as raise your voice at the warden. Also, most Alabama prisons are headed by Black female wardens, and it seems as if they are to prove that they can oppress as much as the white supremacists who ran the prison system in the past. There are many more deaths now than in the past. And there is very little solidarity among the prisoners here. This is the gangsta era.

11. What has shocked you the most inside? What were you prepared for the least?

The extent of the drug culture and the callousness prisoners show each other. There are prisoners that are sleeping on floors simply because other prisoners who are stronger, younger, &/or connected with a gang wants to be in a cell by themselves.

The drug culture is the prevalent pastime in here. Everyone is on drugs. We haven’t had contact visits in over a 2-year span, but there has not been a dry time and drug culture is a cold and cruel thing. Extortion and extreme violence against each other is the outgrowth of drug culture.

12. What has been or was your proudest achievement while inside?

Shepherding guys out the door to freedom. Making sure that they stay out of trouble, convince them to develop their talents and skills and to educate themselves as much as possible. Remind them that another world is possible and that this is not it.

13. Have there been points during your incarceration where what needed to be done conflicted with your personal ethics? If so, how did you handle the situation?

Yes, on a number of occasions. And I’ve always done what I think needed to be done regardless of my personal views.

14. Have you had conflicts with other prisoners or groups? What about from admins and officers? How have these played out for you?

Yeah, I’ve had verbal and physical conflicts with other prisoners. I’ve had to stab a few prisoners in self-defense. I’ve had conflicts with the Southern Brotherhood (SB), a white supremacist prison gang. And most definitely had problems with Admin where I was placed in lock-up and have been assaulted on numerous occasions by guards, and have taken the initiative against guards. The outcome has been lock-up, more time, etc.

15. Racism thrives inside prison. How have you navigated this? Have you experienced racial violence and tension? Have you had any problems for having inter-racial friendships?

16. Have you done time with other political prisoners? Were you able to develop friendships and support?

Richard Mafundi Lake and I were very close for many years. We also had family relations. Mafundi was a mentor to me and many other prisoners. He’s transitioned now and I really do miss him. And the struggle is less without him.

17. Are or were you able to continue political work and other such projects while inside? Do you get any feedback from other prisoners? From the outside?

I’m constantly doing some work to educate, agitate and organize and I do try to involve those comrades on the outside. And I do receive a lot of positive feedback. Some negative too, but mostly positive.

Fire Ant [a zine and collective] is a project that emerged from anarchist political prisoner Jennifer Rose networking with free-roaming anarchists in the so-called free world. It’s to generate material support for anarchist prisoners who may or may not have material support from the outside. In my case, it has been a big help so that I can go to commissary to purchase things to supplement the awful food being served, and also help others who find themselves in debt and can’t pay. This has been able to stop some of the violence, and also made it possible for me to make phone calls, send emails, and fund social/cultural events on the inside in efforts to build solidarity among prisoners.

To be truthful, I think Fire Ant can be better. This is our (locked down anarchists) publication and an avenue to educate people on what’s going down in the prisons and what we think needs to be done. It gives us a voice and I don’t think we are putting much into it. So, I’d like to see it just a little more, more. All of those involved are excellent writers and I’d like more content from them. I learn from them, and I’m inspired by them.

18. How do you handle extended lockdowns? How do you cope with so much casual violence that exists inside?

I’ve learned to use extended lockdowns as a time of rest, reflection. A time to read some books I normally wouldn’t get around to. The violence is so extensive that I simply just try to stop the violence through organizing talent shows, buying debts, and promoting unity.

19. You’ve been in the SMU, ADX, Marion, CMU, or Control Unit, could you share what that process was like, from first getting the shot/referral, to the life inside? How did this unit compare to typical prison life?

I’ve been in SMU numerous times and in Alabama it’s really no different than regular lock up. It’s all the same here.

20. Is there anything you’d change about how you’ve done or did your time?

21. How important is outside support? Have you always felt supported? Are there things you feel prisoner supporters need to understand more, or do more?

Outside support is so important because the system will fuck you over if they see you have no support. I’ve not always felt supported because I wasn’t. So, to have outside support can mean the difference between life and death.

22. Do you feel enough is being done to support our political prisoners and tear down the prison structure? Are there things you think supports on the outside should be doing, or doing better?

23. Do you feel prisoners today are unified against the prison system? Is there any solidarity in the face of drugs or snitch culture?

Yes and no. In recent years the prison movement has gained momentum, but that does not mean unity. Drug culture is so pervasive and many of those in leadership roles are drug dealers and gang members. It’s a real contradiction. And snitch culture really puts a hamper on things. To be truthful, most drug dealers are snitches.

24. What advice would you give to people coming into prison today? What would you want “past you” to understand?

That they should stay away from the gangs and to educate themselves as much as possible. To use prison as a university and to use this time to mend broken relationships.

25. Is there anything about your life inside you’d like people to know, to keep in mind, to feel? Any parting words?

My life is in constant danger from other prisoners and guards. It really is. My life is one that screams against the injustices on the inside and that brings me constant pain. Understand that I’m constantly in dangers, that this shit is real. Understand that being an anarchist only escalates my pain because I”m always bucking these backwards notions from prisoners and guards alike.