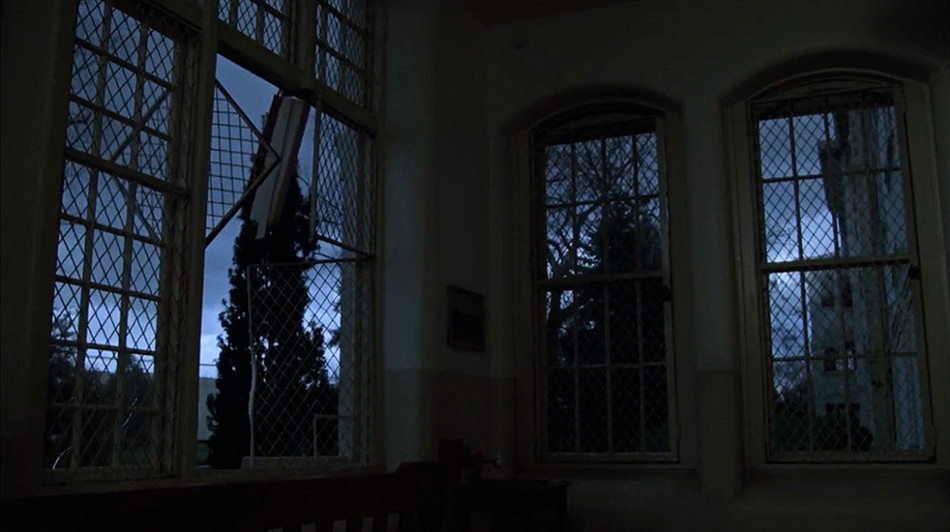 I’m not trying to sound like a conspiracy theorist but I can only take the information that I have and can only conclude that the state is experimenting on prisoners’ bodies and minds. Of course, we’ve long put forth the premise that the u.s. government was using low intensity warfare-counterinsurgency against prisoners through behavior modification techniques and programs such as placing prisoners in long-term solitary confinement, sensory deprivation with the objective of using its findings against the public to better control society. A former warden at Marion Federal Penitentiary, one of the first control units, stated that Marion was for “the control of revolutionary attitudes in prison as well as those in society.” I don’t think it can be made any clearer than that.

In the last few years a large number of prisoners, people I’ve known for 20 years or more, have been diagnosed with cancer and have passed away. I ask myself, why such an upsurge in cancer-related deaths? In every one of these cases, the prisoner died within 4 to 5 months of being diagnosed. One prisoner even speculated that he believes he was given cancer by the ADOC (the State) through the water we consume. He told me that the guards here at Holman was instructed not to drink the water here but to bring their own supply of drinking water to work with them. I investigated these allegations by simply asking a number of guards if it was true that they are told not the drink the water here, and every one of them have confirmed that it is true that they are instructed not to drink the water and to bring their own supply of water to work with them. Wow!

Now, the question begs, why would they be instructed not to drink the water here if nothing is wrong with it!? So, it wouldn’t be hard for one to come to the conclusion that something is seriously wrong here and that it’s quite possible that prisoners are being use as experimental subjects by the state. Especially in light of the fact that prisoners/civilians have long been used as experimental subjects by government agencies and private corporations, and in most cases, without their knowledge or consent. In fact, the cosmetics company Max Factor has been known to have experimented on prisoners by testing their products on prisoners before going to market with them.

From the 1940s until the 1970s, federal agencies are known to have conducted heinous radiation exposure experiments on hundreds of human beings throughout the u.s. The House Energy and Commerce sub-committee released a report on October 24, 1986, in which it documented how the Atomic Energy Commission (AEC) and its successor, the Energy Research and Development Authority, bankrolled studies involving researchers from government laboratories and the Sloan-Kettering Institute for Cancer Research in New York, and the University of California at Berkeley. The experiments were to expose humans to radiation to determine its effect on fertility and other biological functions, and to study how the human body absorbed and retained radioactive contaminants. One experiment at the Washington State Prison and the Oregon State Prison consisted of the exposure of large doses of radiation to 131 prisoners’ testicles. In Richmond, Washington, 14 human subjects were immersed in tritium, a radioactive form of water, or given the material to drink or inhale, to measure retention and excretion. Other studies consisted of progesterone, a hormone found in women, was “labeled” with small amounts of radiation and injected into three patients, one of whom was ten weeks pregnant. In 1970, Otis Clay was a federal prisoner who participated in a program of drug experimentation conducted by the Public Health Service, the Addicted Research Center, a laboratory of the National Institute of Mental Health in Lexington, Kentucky. He was injected with Naltrexone, a drug thought to prevent narcotics from exerting euphoric and dependency effects; this drug was known by the supervising doctor to be dangerous. Clay consented to this experiment because the doctor assured him that the dosage involved would be too small to cause harm. But as a result of the injection, Clay suffered a serious heart attack.

In February, 1946, Janet Stadt was admitted to the University of Rochester Hospital. Stadt was told that she was being treated for scleroderma, a serious, but not life threatening, disease. On March 9, 1946 after spending approximately 20 days in the hospital, Stadt was injected with 6.5 micrograms of plutonium and studied for 65 days thereafter while remaining as a patient in the hospital. Stadt was constantly being tested and monitored until 1972, without being told that she was part of an experiment to evaluate the effects of plutonium on her body. Stadt suffered intense pain caused by severe bone degeneration and laryngeal cancer. Stadt passed away in 1975.

In the mid 1990s, then President Bill Clinton apologized to the survivors and families of those who were subjects of the government-sponsored radiation experiments. In 1996, the federal government agreed to pay $4.8 million to settle the claims for 12 of the victims who filed suit. Conspiracy theory? I don’t think so. The evidence presented in this writing proves that the u.s. government and private corporations, educational and medical institutions have, and continue to, experiment on prisoners and private “citizens” alike. Now, why would one want to support a government and society that practices and allows monstrous nazi-style experiments against its own citizens? There has been many more experiments not mentioned in this writing such as the Tuskegee experiment, the Tobacco company experiments, and the CIA experiments with mind altering drugs where one subject jumped out of a 12th floor window. I remember just a couple of years ago people were all irate and passionate with destroying the career of Michael Vick for dogfighting to a degree where PETA and others launched a campaign that sent him to prison. How can one be so incensed about that, but not about 2.3 million of its own species being abused and mistreated who are held captive in these muthafucking cages called prison?