Letter from Michael to the Carrboro Anarchist Bookfair 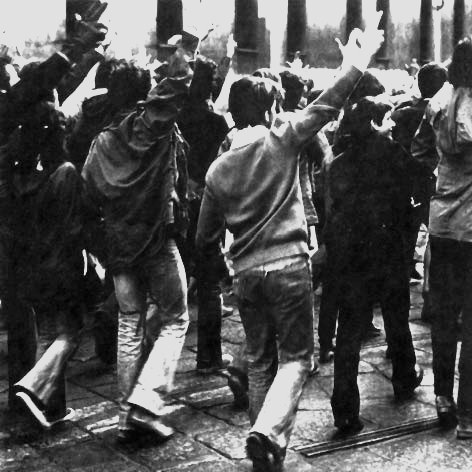 [Unfortunately, this did not reach us in time to be read at the bookfair, so we’ll put it out there for everyone to see.]

My name is Michael Kimble. I am a black, gay anarchist being held captive in the State of Alabama and serving a life sentence for the murder of a racist homophobe, and three years for assault on a pig guard while incarcerated. I’ve served 29 years to date. Thank you all for giving me the opportunity to address this event. I won’t take up too much of your time.

Because I am gay and black, because I will not tolerate racism or homophobia, because I have a burning hatred for authority, because I love freedom and believe in self-determination, I became an anarchist.

For a while there’s been a lot of focus and interest in things that relate to prisons and the conditions on the inside. And one of the reasons I think this is true is because more and more people are realizing that it could be them behind the fence at any time. As long as governments exist everyone will be living under the threat of imprisonment. Outside of the prisons, people are subjected to widespread surveillance, kop patrols, and investigations. These are all methods used for the authoritarian management and monitoring of bodies through the threat of violent kidnapping and captivity. Prisoners are examples shown so that people know what happens when they step out of line. Prisoners on the inside face a similar, but intensified, situation. In the prisoner’s case, the example is made out of the “more imprisoned” – meaning those who have lived in segregation for months, years, or decades.

We live in dangerous times. The rapacious quest for profits for the few is destroying human life and the environment on an unprecedented scale. The only answer to the ravages of governments is militant social war.

We must decide the road we shall travel. Either we permit the oppressive system to endure or we get rid of it ourselves. We must continue steadfast to survive and fight with a profound love and great desire for a world without governments.

Let us join as accomplices in the grand conspiracy to bring this muthafucka to its knees.