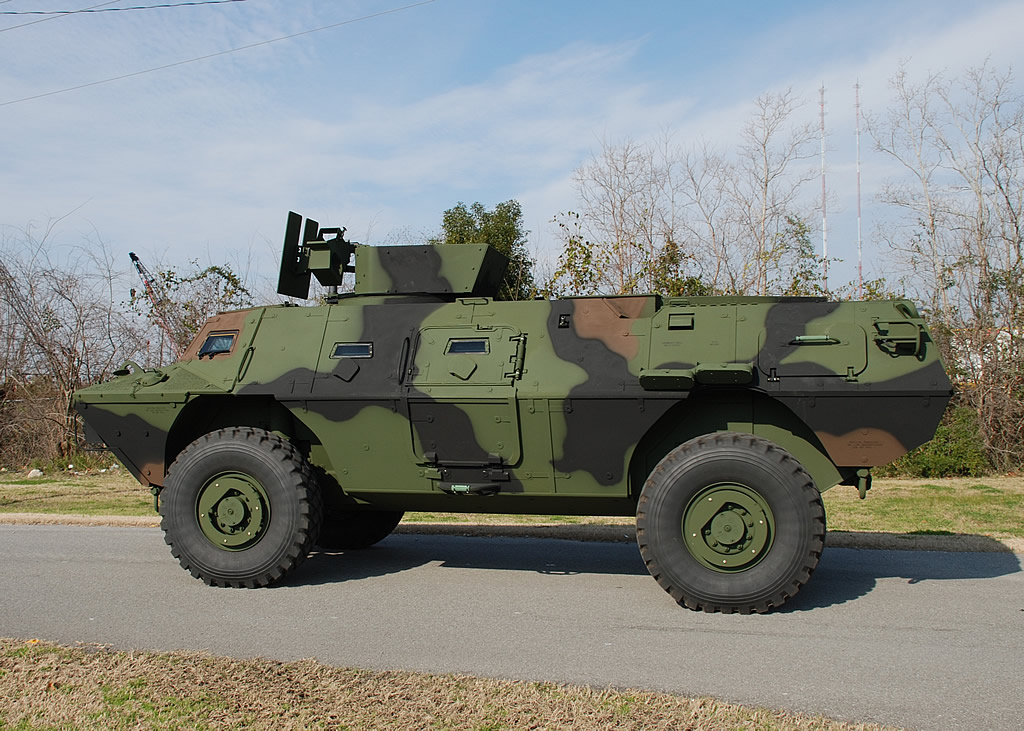 Police across the US are accumulating an arsenal of military-grade equipment (weapons) such as assault rifles, armored vehicles, grenade launchers, and even military aircraft. Congress created a grant program through the Department of Homeland Security that has issued out more than $7 billion to cities throughout the US that is fueling the militarization of police forces. Congress also authorized the Pentagon to transfer hundreds of millions of dollars of military equipment from the imperialist wars in Iraq and Afghanistan through the so-called 1033 program.

Increasingly, police forces are using this military equipment in urban settings right here in the good ol’ US of A. The recent rioting in Ferguson, Missouri after pigs executed 18 year old Mike Brown, and where people expressed their outrage and discontent by taking to the streets is a case in point. In response, the state not only deployed hundreds of pigs, but also military-grade equipment (weapons) to put down the rioting.

From my view from prison it’s obvious that no one had an answer (defense) to the armored vehicles deployed.

The militarization of the kops is nothing new; in 1985 we saw tanks deployed in New York against the December 12th Movement radicals; in the 90s against the Branch Davidians and more recently, in the aftermath of Hurricane Katrina we saw tanks patrolling the streets of New Orleans. Still, we have not devised ways to defend against these armored vehicles.

This writing is meant to share information that can be helpful in defense against armored vehicles and also to push rebels into devising other ways to defend against the military-grade equipment being used by the kops, and against protesters.

So, I go from here to there. Armored Personnel Carriers (APCs) are often used by dictators in so-called 3rd World countries to coerce their populations into obedience. APCs are attractive because they are cheap, easy to transport, and effective. However, a few quick, relatively easy methods of dispatching APCs, playing on their weaknesses, have been discovered by oppressed people who have fought back. APCs are generally deployed as a more secure way of transporting infantry. APCs cannot jump wide ditches, climb walls, or bully their way through fences like tanks. But they can swim rivers. Older model US M113s, of which some 45,000 were made in various configurations, were completely amphibious. Major US APCs such as the Bradley and M113 have always run on tracks. Tired vehicles are more immune to land mines. A few US purely reconnaissance vehicles, offered by Cadillac Gage, have been tire mounted. Military folks feel that tires are easier to ignite with molotovs or thermite grenades. APCs generally carry machine guns, large and small, which are mounted on them. But the weapons used against protesters are usually reconfigured to use rubber bullets, tear gas, and/or water cannons. Part of their sting is the ability to deploy troops quickly.

More up to date Bradleys carry a 25mm (one-inch) chain gun capable of shooting the track off an Abrams tank at 1,500 meters. Bradleys are a very tough machine for fighters to defeat. Large molotovs and shaped jelled flame chargers could theoretically overcome onboard fire suppression systems. But getting up on a fast and nimble Bradley to deploy a molotov would be tough if the crew were at all alert. Yet, Bradleys suffer from many of the same syndromes as other main battle tanks. They are uncomfortable and sight limited for the driver to ride in buttoned up, giving skilled sniper teams a good chance. Snipers can be effective against Bradleys when they routinely move up the road or when the crew stops to stretch their weary legs. Like regular tanks, continued extensive maintenance must be pulled on Bradleys. Bradleys cannot be holed by anything less than a 20mm cannon. M113s, on the other hand, are made of aluminum plate through which a Barrett light .50 type round fired at modest ranges will penetrate. However, their armor will successfully turn all .30 caliber rounds, armor piercing or otherwise. But the relatively-new 5.56 armor-piercing rounds should penetrate. All APCs are very terrain-sensitive. They like roads to run on and will not quickly tear them up as do tanks. Wise defenders should always consider luring them into disadvantageous terrain where they can be trapped and burned out. M113s are easy to burn. Jelled gasoline fire, sprayed or splashed onto the machines, will be sucked up into the engine’s air intake, stalling it. Clever defenders might entice these beasts into deep gullies or even pits constructed as traps.

More than tanks, APCs of all types are ordered into cities where they could be successfully ambushed at close quarters by defenders with heavy construction equipment. Bradleys now run on diesel fuel, whereas most other APCs, including most M113s, use gasoline and have a reputation for burning easily. Virtually all APCs suffer from a design defect making them relatively easy prey for homemade claymores. Smaller 3.5 pounders do nicely as long as they can be set to cover the top of the vehicle or detonation. APCs, because they are mainly used for reconnaissance and as troop carriers, all mount fairly tall, stout radio antennas. Limited visibility and foul internal conditions encourage users to cruise alone with the hatches open. Claymores set to detonate using a tripwire strung high up out of sight can take out both driver and gunmen. Only about eight pounds of homemade C-4 is required to blow the tracks from an APC. If possible, it may be advisable to use only large land mines deployed for tracked vehicles. Pressure switches on tank and APC runes can be little more than simple, conventional door bell buttons. APC drivers often layer kevlar and ammo cans on their relatively-thin vehicle floors. But additional weight often fatally stresses machine drive lines and transmissions. Small explosive devices packed in the tread tight against the sprocket will do material damage. Backpack, homemade flame-throwers are effective either on packed vehicles or out on operations, if one can get up on the machines. Homemade claymores with their incredible backblast will incapacitate any APC. Thermite grenades carefully placed on the engine, fuel cell, or transmission, will also cause material damage. Ingenuity is what defenders must use if contending with APCs in urban settings to effectively defend against them.

Watching and reading about the events in Ferguson and seeing armored vehicles roaming down the streets prompted me to post this document. Hopefully this document will push rebels into coming up with methods that can be used to deal effectively with armored vehicles and deliver blows to the enemy.

[This text contains information taken from the publicly-available writings listed above and is intended for educational purposes only.]