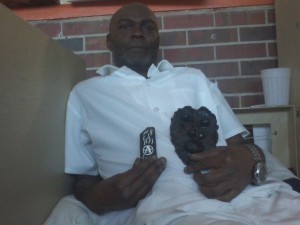 From The Final Straw

In the first portion of this episode William and Bursts spoke with black, gay, anarchist prisoner, Michael Kimble, being held at Holman Prison in Alabama serving a life sentence for the murder of a white, homophobic, racist bigot. This audio is from a longer conversation we had in the context of an upcoming episode about Fire Ant zine featuring the voices of prisoners and outside folks involved in its production. Keep an ear out for that. Meanwhile, Michael talks about the gang breakdown of the prison he’s at, the queer & mostly white prisoners he’s around now, pushes to reform the prison system in Alabama. Here are a few links referencing what we talked about: William’s 2015 interview with Michael Kimble; Swift Justice on Kinetic Justice and AL prison expansion; Thurgood Marshall was an FBI informant on Robert F Williams during the Civil Rights struggle.