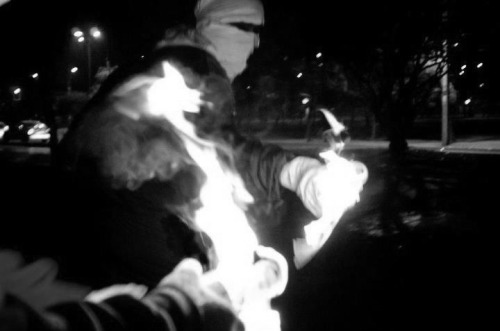 The Black Panther Party for Self-Defense was founded in 1966 by Bobby Seale and Huey P. Newton in response to police violence and the oppression of Black people in the USA. In a poll by Jet magazine in 1970, 70% of Black people agreed with the programs and methods of the BPP. The BPP established patrols to monitor the police in the Black community, sickle cell anemia testing, liberation schools, buses to prisons for visits, free clothing, free clinics, free breakfast for children, free groceries, political/history classes, etc. as part of their “Serve the People” program. Huey P. Newton explained the programs as survival programs pending revolution; that the programs were not solutions to the problems of Black people.

In a speech, Fred Hampton, the 21-year-old Chairman of the Chicago BPP chapter, spoke of the role of the children’s breakfast program. He spoke of it as strategy of observation and participation, that Black women who were financially distressed saw the BPP feeding the children and started volunteering in the program by cooking and serving the children. And of course, when the pigs approached Black women and attempted to turn them against the BPP by slandering the BPP and denouncing them as communists, the women said that they don’t know nothing about communism, but that they had better not fuck with the breakfast program because it fed their children. Safiya Bukhari mentioned in a writing that she and her sorority sisters volunteered with the BPP breakfast program in NYC and that’s what got her involved with the BPP. The same with Assata Shakur. They all started out on the Breakfast program and the involvement evolved from there. The children’s breakfast program was so popular in the Black community that the FBI waged a war against the program to discredit it. There’s no wonder that the BPP grew to 33 chapters in two years of its founding.

In spite of the BPP being an authoritarian, Marxist-Leninist organization, no one can deny the contributions they made to revolutionary organizing in the USA. I think it would be instructive if anarchists today would adopt some of the programs the BPP started, without the hierarchical structure.

All Power to the People!