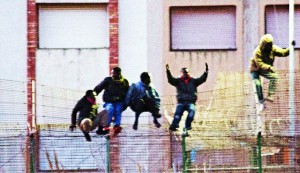 This is a typical day for me. I have no job since none are available, nor is there any trade school or academic classes.

3:00 am. I’m awakened by the guard in the dorm screaming “get ready for chow!” This is the beginning of my day and I’ll hear screaming guards throughout it. I drag myself from my rack which consists of a 3½ inch mat for a mattress. Other prisoners are also waking up and making their way to the sinks and toilets. I’m in a dorm of 114 prisoners and there’s only six sinks and six toilets to share. There is a line forming for the use of the sinks and toilets. I’m lucky, I immediately get an open sink, brush my teeth, and wash my face. No mirror to look in. I return to my sleeping area which I’m forced to share with another prisoner (due to overcrowding), get dressed (only one person can get dressed at a time in the tiny space) in the all white uniform the Alabama Dept. of Corrections (ADOC) issue to all prisoners. I stand around until the dorm door opens, signaling that breakfast is ready. It’s about 4:00 am. I walk down the hall which has a dreary, creamy and yellow color on the walls and gray bars. Pig guards are posted along the hall. “Put your shirt in, let me see your wrist band, go shave!” is the refrain I constantly hear the pigs say to various prisoners walking back and forth along the hall, as I make my way to the kitchen. I’m now in the serving line. No milk this morning, only watery grits, powder eggs, a teaspoon of jelly and two flat, small biscuits, and powdered orange juice. I’m thinking to myself, “Fuck! I’m tired of the same old shit every day.” I’ve been eating this slop for the last 28 years. My dorm was second to eat, so I’m sitting among one hundred plus prisoners. Some are talking, others are looking at the ceiling. Either for the birds that live in the kitchen skylight, hoping not to get bird shit on them or their food, or watching the light fixtures that is known to drop from the ceiling without warning. I hurry and eat, and march back down the hall to my dorm, speaking to a number of prisoners along the way who are just hanging out on the hall. It’s about 4:30 am and I do not return to bed but go into the TV room and listen to the news (NPR) on the radio until 6:00 am when the shift changes.

“Count time!” the new pig that just started his shift screams. “Catch your rack, one to a rack. I return to my rack, three other pigs enter the dorm to count. “On the high, on the low, all of ‘em!” holler prisoners throughout the dorm, sounding the alarm for unaware prisoners who may be on a contraband cell phone, smoking dope, fucking, etc. High is the row with the high numbers and low is the row with the low numbers. I’m on the high row (107). After the guards exit the dorm I return often to the TV room and continue listening to NPR. The TV room is slowly filling up with prisoners who are waiting on work call, weight pile, and/or big yard call, or just waiting on the doors to open so they can stroll outside and dorm to dorm. But it’s rare for the big yard to be open at this hour unless it’s “running out” days. Some have different appointments such as “Stress Management,” “Changing Criminal Thinking,” and other brainwashing classes. Some appointments are for medical. Most are just watching the morning TV shows (Good Morning America, The Today Show) and most will also be sitting in front of the TV all day and night. Constant, continuous, systematic brainwashing. There’s a schedule for the TV, such as what channel the TV is on at particular times through the day and night. We are not allowed to decide what we would like to watch.

“Check out! Industry workers, weightpile!” screams the guard. It’s about 7:15 am. If it’s a “running out” day, he’d announce that. “Running out!” is when the Capt. of guards wants to fuck with us by having everyone vacate the dorms, supposedly for cleaning. But shit, when it’s not “Running out!” days, the forms are still cleaned up. So he just wants to fuck with us. They’ll (pigs) have us standing around, nowhere to sit or use the toilet, no water fountain in working conditions, in the extreme cold or heat for four or five hours. This is one instance of state torture practice. But I go out at this time anyway, so I’m not so worried about it. I just be pissed because I know they (pigs) are just simply fucking with us. Through the years I’ve conditioned my body to be able to withstand cold and heat for long periods of time without discomfort.

This is how I get most of my jogging time. On non “Running Out!” days I’ll stay out till about 9:30 am when it’s count time again. After, I’ll return to my dorm and read or just rest till 11:00 am (lunch time). The same routine is followed as with breakfast. The only difference is the slop they are serving. Maybe we’ll have blackeyed peas and cornbread. I love ‘em. I’m a non-meat eater, so I have to supplement my diet with whatever looks less dangerous. I finish eating and walk outside and kick it with a couple of folks. It’s packed outside because everyone is on break and to get to the kitchen to eat you have to go outside and not down the hall (on their pretty tiles which was paid for with funds from Inmate Welfare Committee), which is the shortest route. But today, as I turn the corner coming from the kitchen I see a verbal confrontation going on between two guys. One of the guys suddenly pulls a knife from his waistband and starts stabbing the other guy. I hurriedly make my way past them. I know them both, one of them real good. The guy without the knife tries to fight back but falls. The other guy straddles him and continues to stab the guy. I eventually make my way through the quickly gathered crowd and go to my dorm. I would have tried to intervene but I myself had a knife on me as I and many other prisoners normally does. The guards have gotten word of the stabbing and two pass me running to the scene. Others are hollering “Lockdown!”

This is the reality I have to, literally, contend with each and every day. Some of us are so damaged by this civilization that we are walking time bombs. We walk around with all kinds of pent up frustrations, anger and other issues. I’m not immune to these emotions but I have learned how to redirect my frustrations and anger into revolt against the true enemy. Anyway, once I’m back in the dorm, which is locked down, I engage in a conversation with a guy named Ralph who insists on debating religion with me. He can’t believe I don’t believe in God. I tell him if his god exists that he’s a tyrant and that I don’t want anything to do with him (God). And why does it have to be a male? Now he wants to fight. But his god is merciful, forgiving and loving.