Call to Action for Michael Kimble 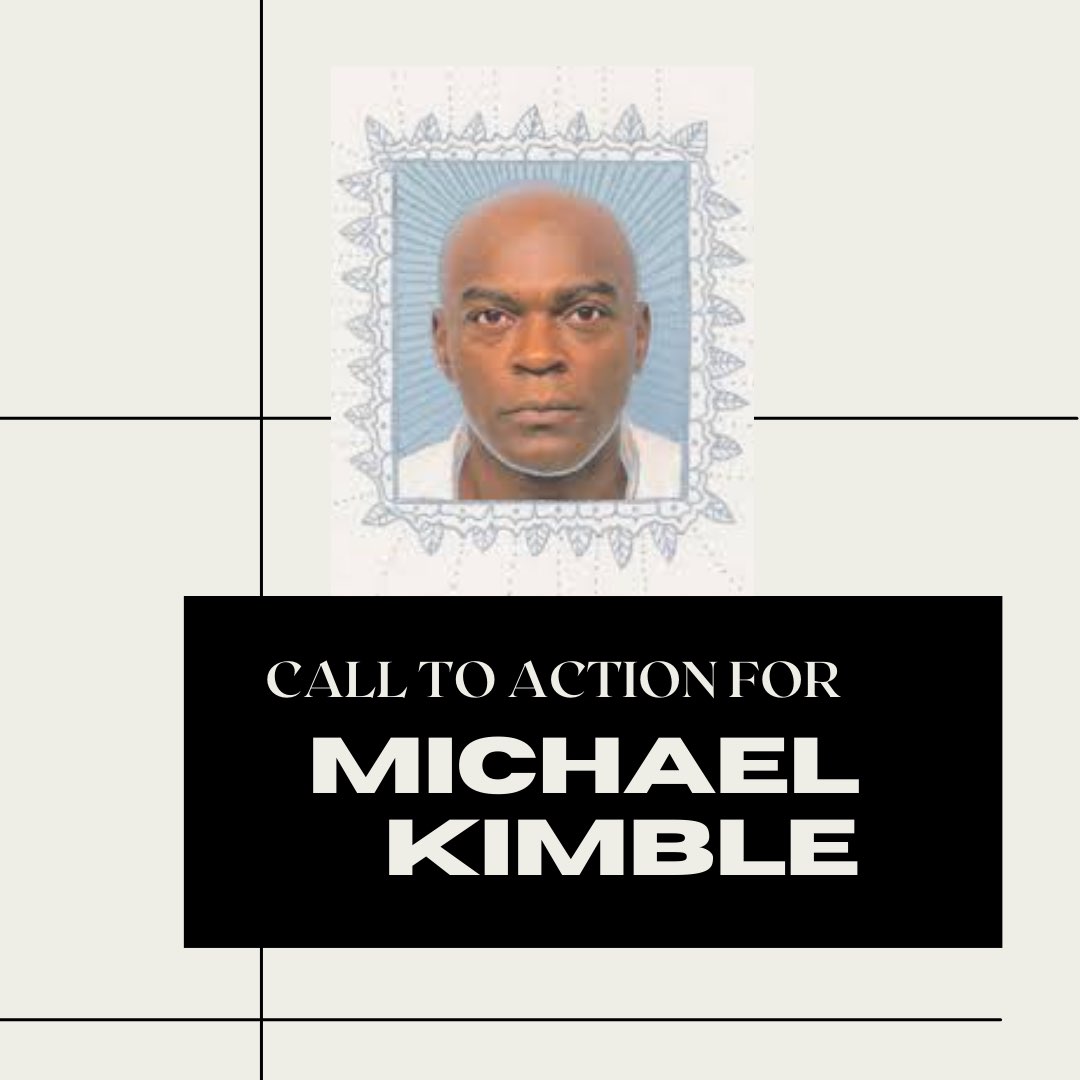 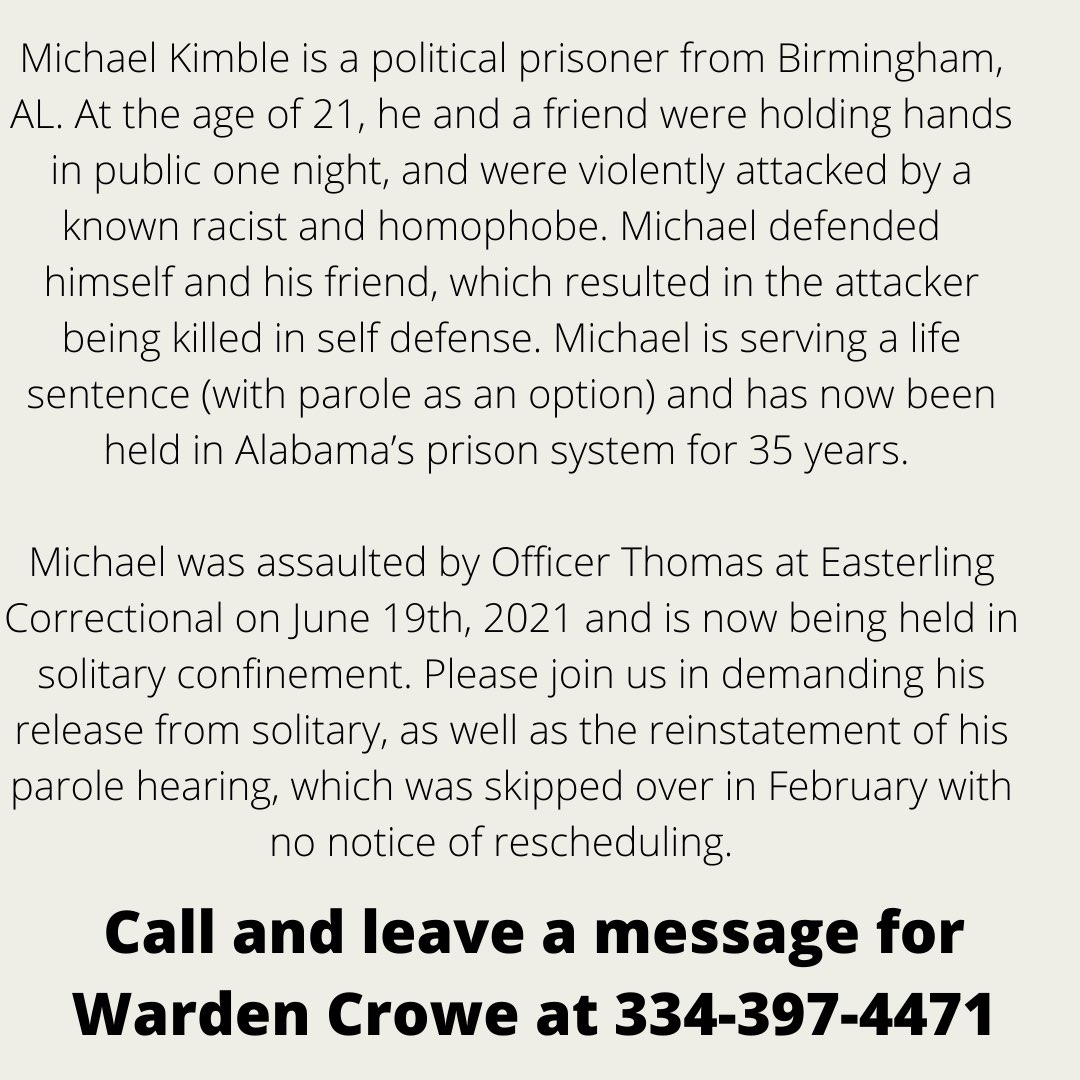 Michael Kimble is a political prisoner from Birmingham, AL. At the age of 21, he and a friend were holding hands in public one night, and were violently attacked by a known racist and homophobe. Michael defended himself and his friend, which resulted in the attacker being killed in self defense. Michael is serving a life sentence (with parole as an option) and has now been held in Alabama’s prison system for 35 years.

Michael was assaulted by Officer Thomas at Easterling Correctional on June 19th, 2021 and is now being held in solitary confinement. Please join us in demanding his release from solitary, as well as the reinstatement of his parole hearing, which was skipped over in February with no notice of rescheduling.