Message from Michael on the Alabama work strike 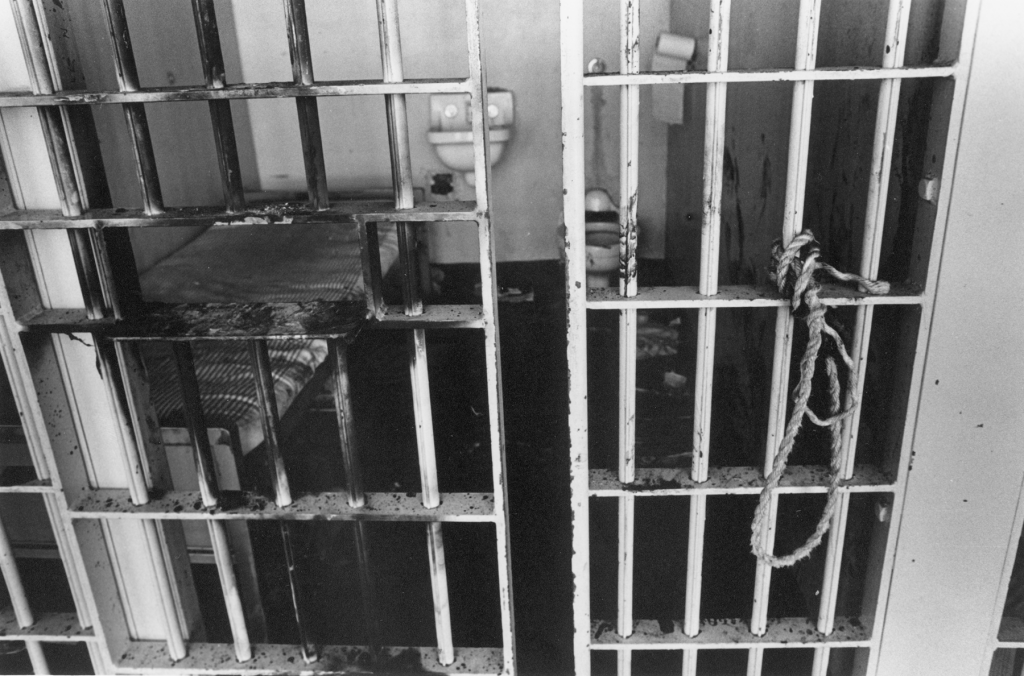 I’m Michael and yes, I’m locked down in one of Amerika’s many prisons in the state of Alabama. But that does not excuse me from the struggle for a better world. And I believe that anarchism is the best alternative to what exists now. I believe this without reservations. Anarchism is not about building state power, but rather, destroying the state and building new humyn relationships based on mutual aid and cooperation and freedom.

I’m not a public speaker, but a warrior in the struggle to build that new humyn relationship, mutual aid, cooperation, and freedom from all coercive power, rather than a soldier, because a soldier is someone who is ordered about without thinking for him/herself in a hierarchical structure. A tool of a ruling power.

Right now there is a struggle going on in Alabama’s prisons demanding a change in the horrendous, unsanitary, and inhumane conditions in the prisons. In the prison I’m at, Holman, birds fly around the kitchen dropping bird shit on prisoners and/or their food, industrial light fixtures are falling from the ceiling injuring at least one prisoner seriously, during the winter months the showers are cold, the dorms are also cold in the winter, inadequate medical care, inadequate outdoors exercise time, inadequate nutrition, harassment of family members during visiting hours, and a host of other serious problems too numerous to list (see “Justice or Just Business” for more). But most of all, we are fighting and struggling for our dignity and humanity.

Prisoners have very few options against the prison system. We have the options of: (1) filing lawsuits, (2) rioting, (3) hunger strikes, (4) work strikes. These four are the most common practices used by prisoners throughout the world. A work strike is what is going down in Alabama right now. The reason a work strike was chosen is simple. To cause the state to lose the profits it rests in off of prisoners’ labor and to force them into making the changes in the conditions that’s demanded.

In January 2014, prisoners in Alabama staged a work strike demanding changes in the laws, sentencing, and prison conditions. The present work strike is a continuation of the January 2014 work strike.

Another option or weapon I didn’t mention until now is the people on the outside in what some of us call minimum kustody (society) and what others call “free-world.” What’s free about it? Anyway, the people on the outside are the greatest weapon we can employ. Those on the outside can use the media (print, TV, social media) to expose the inhumynity going on in Amerika’s prisons. This is a priority. Through exposure, people can be educated as to the true nature of prisons and motivated to move against the state. Also, outside folks can carry out actions such as the George Jackson Brigade actions in solidarity with prisoners in Washington state who was struggling there, the actions carried out by the Red Army Faction in Germany to show their solidarity and disgust with the state, and most recently by anonymous warriors in Indiana in support and solidarity with the prisoners on hunger strike there. There’s real risks in these actions for the people carrying them out and one must give it the seriousness it deserves. But one must also understand that prisoners are at serious risk of physical violence against them, possibly death, continued incarceration, isolation just to name a few outcomes. I myself don’t look to come out of this latest work strike unscathed.

But my solidarity with my fellow prisoners is more than lip service. We are already experiencing violence due to the fucked up conditions we all suffer under. A person can’t be so oppressed that they can’t find a way to fight back in some way. And one must use the weapons at their disposal. It’s on!

Tutashinde Mbili Shaka! (Together we can win!)
Death 2 the State!
Until we all are free!
Abolish prisons!

We expect retaliation, possibly including beatings of prisoners who are labeled as agitators.

HOW YOU CAN HELP

We ask that you make phone calls to the Warden, the commissioner of the Alabama Department of Correction, and the Governor of Alabama, to check on the situation, our condition, demands, and welfare.